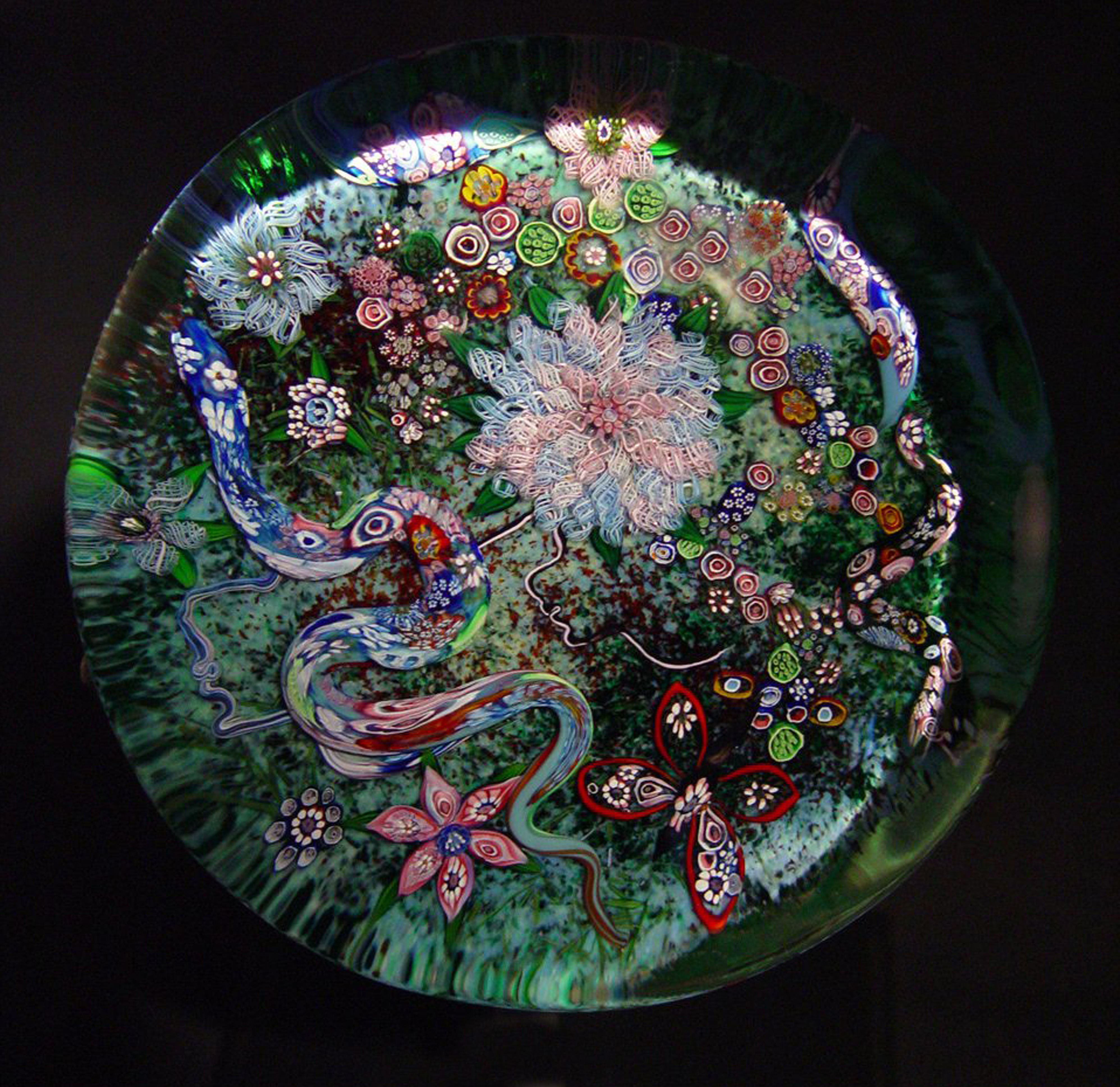 Encased flamework, millefiori, flameworked human profiles. The exterior is engraved with a wave. Inspired by the tsunami in South East Asia.

Over time, I developed over 50 styles of millefiori canes with different complex motifs. I began using my “artist’s pallet” of canes to compose collages that expressed ideas, as in the “Paradise Lost” collage. A turmoil of canes and human profiles expresses the Tsunami of 2006. Ed Poore hand cut a wave into the side of the piece, integrating the inside and outside of the design.