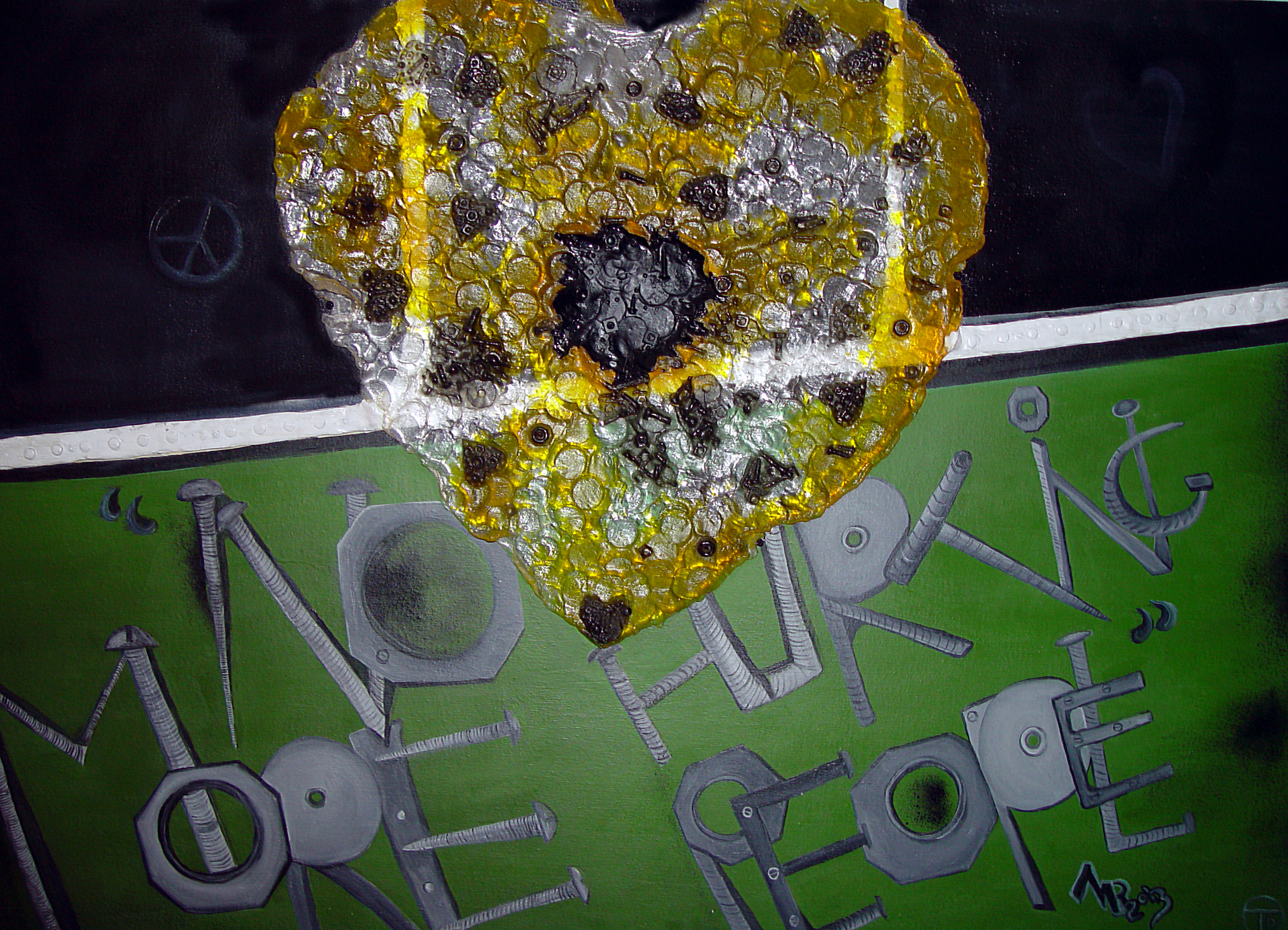 Made in memory of Martin Richards, the young boy killed in the Boston Marathon bombings. His favorite saying was, “No more hurting people.” There is a photo of him at school holding up a sign he made with those very words that would come to stand for what he believed in. Months later he would become the youngest victim of the marathon bombings in Boston. I created this work for Martin, as if he lived to be a teenager, placing his words in graffiti style on a passing Boston Green Line train. His “tag” MR appears in the lower right of the painting next to my signature. A heart and peace sign are seen on the windows of the train, as if Martin used his finger to write on condensation inside. To portray violence, I created the large cast glass heart by first making a clay model in a heart shape, then I used a hammer and hit the clay. I began to tear the heart with my hands, leaving a torn hole in the middle. Random shards of cast glass, nuts and bolts show the destructive nature of bombs and what people put in them. I used bright yellow glass to symbolize hope, that some lights can never be darkened.  Every child has the right to grow up; Martin should have been able to do that and we should live by his example of peace.